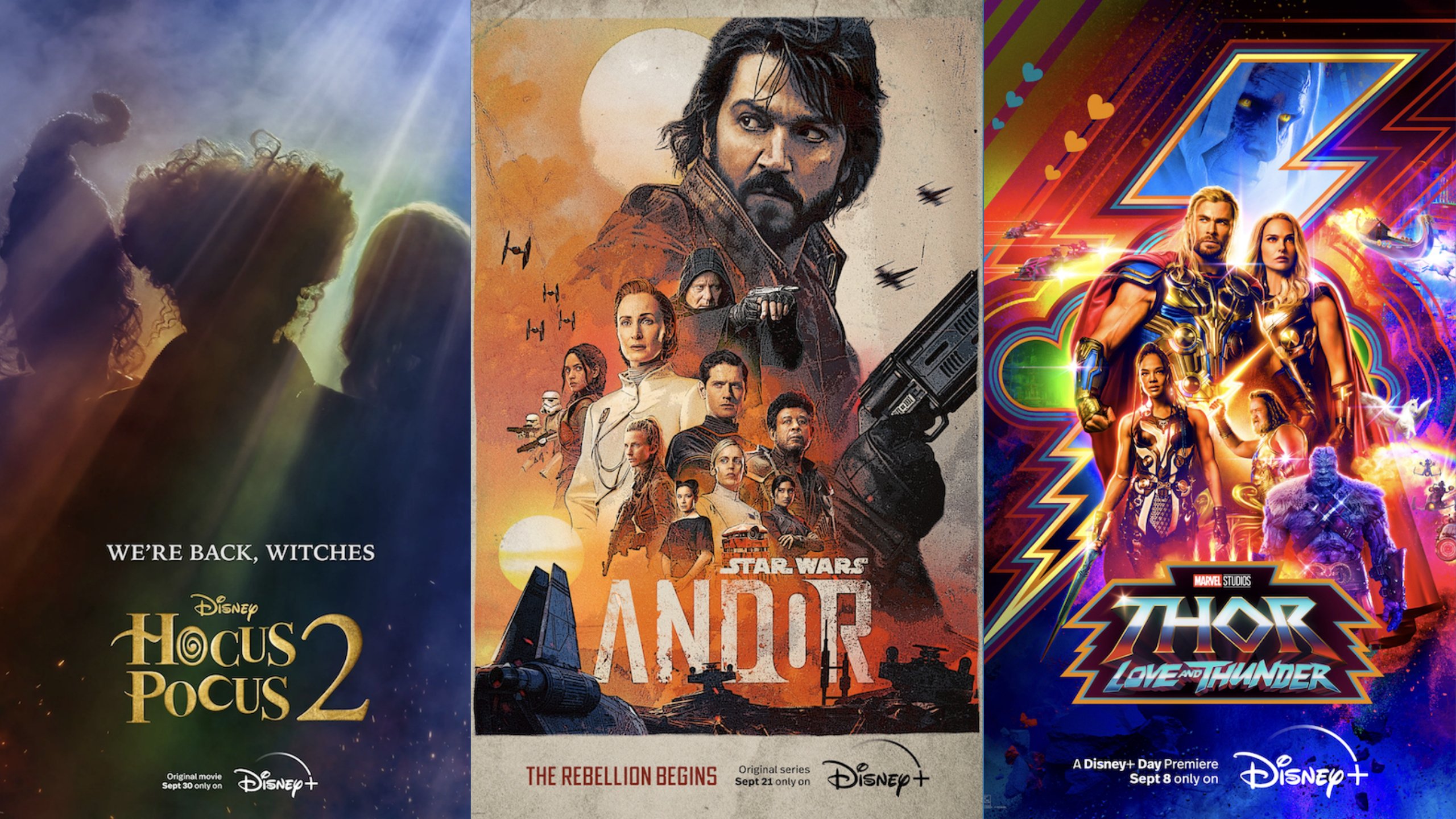 What’s on at Disney+ Canada this month? September has plenty of Disney+ premieres, from new movies and series to classics arriving for the first time. The biggest titles arriving this month include: Thor: Love and Thunder, To restart, Andor, Hocus Pocus 2and Pinocchio.

Disney titles include Pinocchio and the series Growing up on September 8, when The Mighty Ducks: The Game Changers arrives on September 28, and Hocus Pocus 2 premieres September 30.

For Disney+ Day this month, on September 8, Disney also announced a number of benefits and offers for subscribers when they book with Disney Cruise Line and Walt Disney World Resort. This included the third and fourth guests sailing free with two full-fare guests on DCL from January through April 2023, and special rates at Disney Resort hotels in December.

PINOCCHIO
Oscar winner Robert Zemeckis directs this live action and CGI retelling of the beloved story of a wooden puppet who embarks on a thrilling journey to become a real boy. Tom Hanks stars as Geppetto, the woodcarver who builds and treats Pinocchio (Benjamin Evan Ainsworth) as if he were his real son. Joseph Gordon-Levitt as Jiminy Cricket, who serves as Pinocchio’s guide as well as his “conscience”; Oscar-nominated Cynthia Erivo is the Blue Fairy; Keegan-Michael Key as “Honest” John; Oscar nominee Lorraine Bracco is Sofia the Seagull, a new character, and Luke Evans is the coachman.

GROWING UP
Created by Brie Larson and Culture House, “Growing Up” is an innovative hybrid documentary series that explores the challenges, triumphs and complexities of adolescence through ten gripping coming-of-age stories. The series uses narrative, experimental and documentary filmmaking to follow a cast individual, aged 18-22, as he tells his story. They represent a wide range of lived experiences, providing audiences with emotionally powerful narratives that offer an engaging look into adolescence and the various social, family and internal obstacles that young people face on their path to self-discovery and life. ‘acceptance. Each 30-minute episode features a young person, or “hero,” and their experience growing up. Each episode is anchored by a deeply personal interview that allows our heroes to take us through their childhood and adolescence. Alongside these interviews, creative cinematic reconstructions help bring their key inflection points to life.

HOCUS POCUS 2
Live-action comedy “Hocus Pocus 2” is a haunting sequel to the 1993 Halloween cult classic that brings back the delightfully wicked Sanderson sisters for more comedic mayhem. It’s been 29 years since someone lit the Black Flame Candle and resurrected the 17th Century Sisters, and they’re out for revenge. Now it’s up to three high school kids to stop the ravenous witches from wreaking a new kind of havoc on Salem before dawn on All Saints Day.

THOR: LOVE AND THUNDER
Marvel Studios’ “Thor: Love and Thunder” finds the God of Thunder (Chris Hemsworth) on an unprecedented journey – one of self-discovery. But his efforts are interrupted by a galactic killer known as Gorr the God Butcher (Christian Bale), who seeks the extinction of the gods. To combat the threat, Thor enlists the help of King Valkyrie (Tessa Thompson), Korg (Taika Waititi), and ex-girlfriend Jane Foster (Natalie Portman), who – to Thor’s surprise – inexplicably wields his magic hammer, Mjolnir, as Mighty. Thor. Together they embark on a harrowing cosmic adventure to uncover the mystery of the God Butcher’s revenge and stop him before it’s too late.

SEPTEMBER 9
The endless race
Miracles on the Plains
Rodman: For better or for worse
Subject to review (short)

Thank you for subscribing.

We respect your privacy and take its protection seriously.

[Well-curated weekend] Chuseok is for palace walks, playing in ball pits and catching the circus