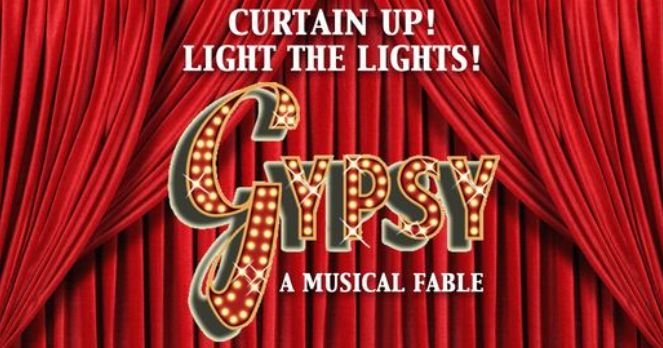 The Wick Theater presents the “Mother of All Musicals”, Gypsy!

“Everything’s Coming Up Roses” at the Wick Theater in Boca Raton. Created by a triumvirate of theater giants, Gypsy is considered by many critics to be the greatest musical of all time! The groundbreaking show, with a book by Arthur Laurents, music by Jule Styne and lyrics by Stephen Sondheim, made its Broadway debut in 1959 and became an instant classic. Loosely based on the 1957 memoir of famous strip artist Gypsy Rose Lee, the musical focuses on her mother, Rose, whose character has become synonymous with show business‘s ultimate mom-manager. The show will run from January 6 to February 6, 2022, with mornings at 2 pm and evening performances at 7:30 pm Tickets are $ 85 to $ 95, available at www.thewick.org or by calling the box office at 561-995-2333.

“This is the quintessential American musical with an incredible roster of classic songs including ‘Together Wherever We Go’, ‘Let Me Entertain You’, ‘All I Need Is the Girl’ and ‘Rose’s Turn,’ said Marilynn A. Wick, Managing Executive Producer “But beyond the music, the show is a powerfully dramatic production, and the role of Rose is one of the greatest theater characters of all time.”

The role of “Mama” Rose is fiercely coveted and has been played by icons such as Ethel Merman, Angela Lansbury, Tyne Daly and Patti LuPone. At The Wick, three-time Carbonell nominee Laura Hodos stars as the single mom who channels all of her frustrated ambition to make her two daughters famous. Hodos has previously been seen at The Wick as Mona Kent in Dames at Sea and as the main character in the hit The Drowsy Chaperone. Florida audiences will recognize four-time Carbonell Award nominee Matthew Korinko as Herbie and Melissa Whitworth as Louise. Returning to directing is Broadway’s Norb Joerder, who has directed over a dozen shows at The Wick, including The Music Man, Crazy for You, 42nd Street and many more.

During Gypsy’s run, Tavern at The Wick will offer a gourmet pre-show menu, curated by celebrity chef William Walden. Menu options are available on the website and reservations can be made by calling 561-995-2333.

With over 50 live productions, The Wick Theater attracts esteemed musical theater professionals and hosts stars from film, television, Broadway and beyond, including Cindy Williams, Leslie Uggams, Andrea McArdle, Lee Roy Reams, Sally Struthers and two former Miss Americas – Susan Powell and Kellye Cash (to name a few). These productions have not only been commercial hits, regularly selling their series, but also critical hits with dozens of nominations and wins at the Carbonell and Broadway World Awards. Managed by self-taught entrepreneur Marilynn Wick, The Wick is also home to Tavern at the Wick, a chic fine-dining restaurant in the style of New York’s famous Tavern on the Green. Visit the website to see the menu for this show.

What you need to know about high cost loans