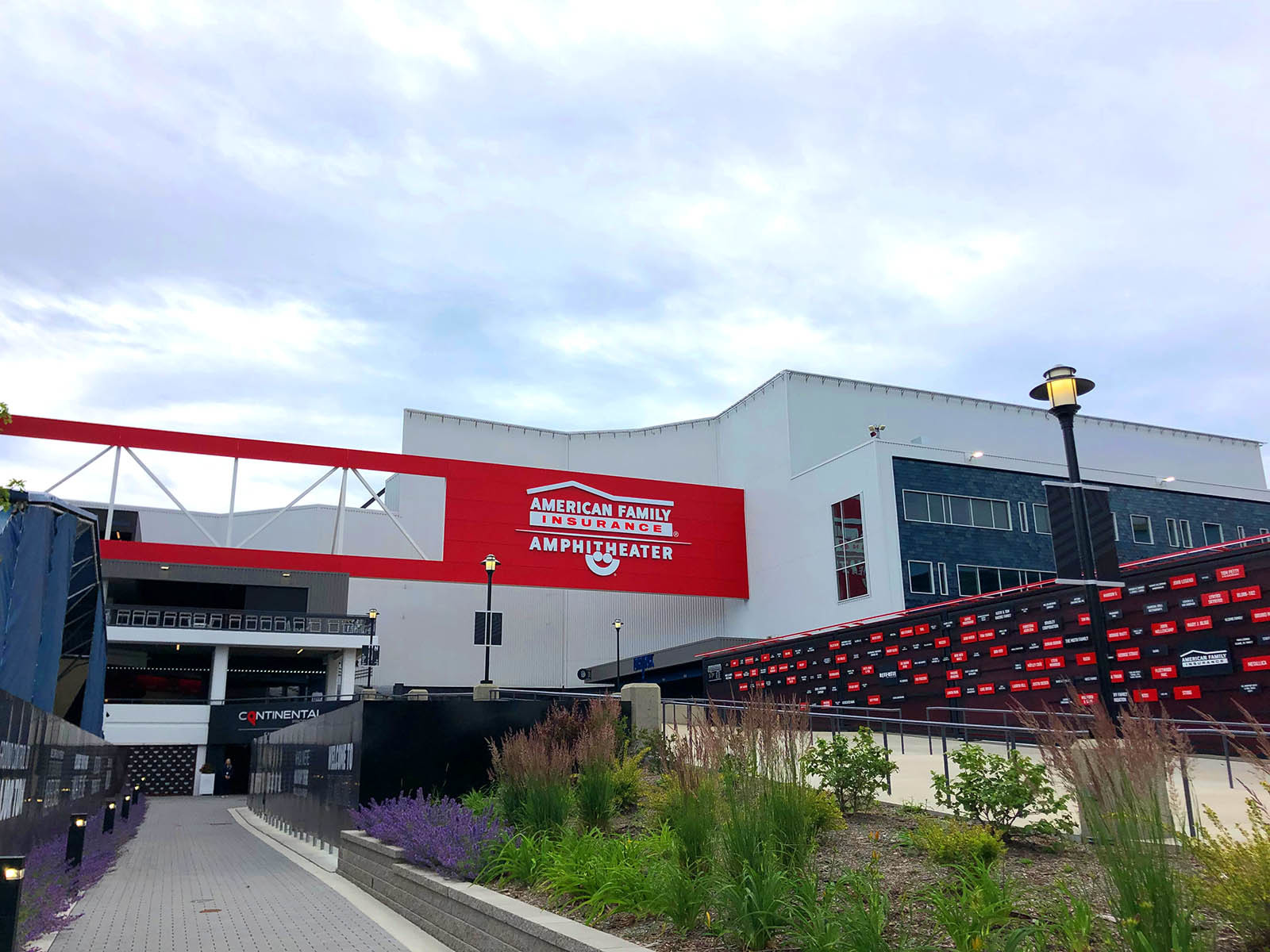 As part of a long-term effort to modernize the Henry Maier Festival grounds, the Milwaukee World Festival, Inc. has launched a $ 51 million plan to rebuild and improve the American Family Insurance Amphitheater in time for the Summerfest 2020.

Of course, there wasn’t a Big Gig in 2020, so now the revamped amp will officially open on July 30, when Foo Fighters makes headlines.

18 more concerts have been announced so far for the season.

The new amp – which is on the site of the previous one and which reused much of the previous infrastructure, including the seat pan – has been enlarged to accommodate larger touring productions and upgraded to improve performance. accessibility and improve the user experience.

â€œWe are rebuilding everything the client sees and touches,â€ said Jason Stuewe, architectural designer and Summerfest project manager, when we reviewed the progress in 2019.

And it really feels like that. He feels more comfortable, with more elbow room.

There are an additional 25,000 square feet of new halls that include more VIP and other areas with dedicated bars, lounges and restrooms, as well as improved food and beverage retail options, as well as accessibility upgraded, including an elevator that serves all lobbies.

The new lobby and the VIP areas at the north end offer a view of the skyline as well as good visibility of the neighboring BMO Harris Pavilion.

A new north hall on the third level will provide amenities to 14,000 upper level customers who previously had to descend to lower levels to access them.

There are now 15 bars, compared to eight previously.

Customers will also be happy to hear that there are more toilets and that the number of female toilets has more than doubled.

The seat bowl has been reconfigured and there are new seats and bleachers with improved sightlines, as well as accessibility improvements like raised viewing platforms, a new path along the top of the bleachers, and almost twice as many aisles serving the seats.

This means that rows that once had over 70 seats now have between 30 and 45 seats.

Additional seats in the stands will compensate for those lost in the additional aisles. In the end, the capacity of the room will increase slightly, but will be about the same as before.

Responding to a long-standing need, all the seats (not counting the bleachers) are now equipped with cup holders!

A large front part of the seats is removable for concerts requiring a pit.

Stuewe said the stage has been raised from its original three legs and the entire venue has been repositioned to improve visibility from each seat with a new focal point.

Ceiling fans installed under the roof will help circulate air and when set to work upside down they can extract hot air from the seat bowl below.

The lobbies and stairways have large signage for orientation, and signs set up throughout the venue feature song lyrics from artists who have performed in the amp.

Along the main entrance ramp is a new Hall of Fame wall honoring past artists as well as donors.

A larger stage, with a roof that rises to 65 feet (it was 39 before), means Summerfest now has the ability to book tours with high production demands.

The stage is also flexible, so it can be raised or lowered, made larger or smaller, hatches added, etc.

At the rear of the house there are 19 new changing rooms and the loading dock allows loading and unloading of up to nine semi-trailers at a time.

The project – announced in October 2018 – was designed by architects Eppstein Uhen of Milwaukee and built by Hunzinger Construction and was funded entirely by private funds.

At $ 51.3 million, it is the largest project ever undertaken by Summerfest’s parent organization, the Milwaukee World Festival.

It includes nearly a third of the $ 160 million spent to improve the grounds over the past 16 years.

â€œFor more than three decades, this place has hosted the biggest stars in music. Now that the renovation is complete, we’re ready to welcome the next generation of music fans and bring legendary programming to a legendary venue. ”

Front page of history: Centenary of the hotel | The titles of the story