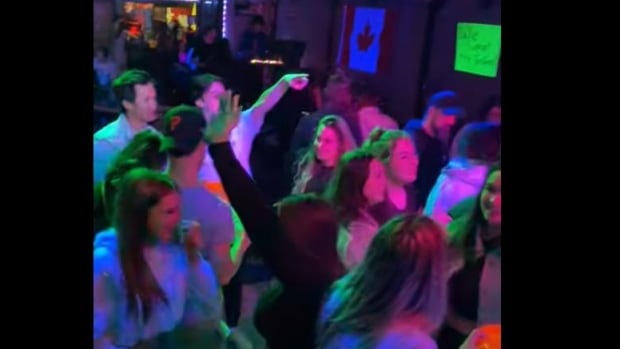 The Northern British Columbia Health Authority is suing to shut down a Prince George nightclub.

The Northern Health Authority filed a civil suit and injunction against Lambda Cabaret on Monday, saying the club ignored mask and vaccine mandates.

A court injunction would allow the RCMP to arrest and evict anyone from the nightclub if it opens.

According to the notice of application, the club was fined $345 on Feb. 4 for failing to comply with a Jan. 17 order requiring nightclubs to close.

This challenge caught the attention of authorities on the weekend of February 5, when a video shared on the club’s Facebook page showed the service of alcohol without meals and crowds of unmasked dancers, despite health orders public prohibiting both activities.

Lambda Cabaret continued to operate despite warnings and an order issued on February 9. said the club must remain closed until the restrictions expire. The club also had its liquor license suspended.

The club was open on February 11 and 12 and customers were asked to remove their masks, according to the lawsuit. A second ticket was issued on February 11.

On February 13, the club posted several videos on its Facebook page showing large crowds of people dancing and drinking without masks.

During a COVID-19 briefing on Feb. 9, provincial health officer Dr. Bonnie Henry called the club’s disregard for health orders a “slap in the face” to health care workers who have been on the front lines of the pandemic.

The province has allowed bars and nightclubs to open on February 17 provided they enforce rules that include wearing a mask and providing proof of vaccination.

On February 18, police visited the Lambda Cabaret and saw that patrons were not asked to wear masks or show their vaccination cards. Signs stating that masks are mandatory were not posted, the lawsuit said.

The notice posted on the club’s front door was removed and the club opened on 19, 25 and 26 February. He also “openly posted ‘zero warrants’ on his social media page,” the lawsuit states.

A statement of defense has not yet been filed.

CBC contacted Lambda Cabaret for a response, but did not receive a response.

Northern Health declined to comment because the matter is before the courts.

The Supreme Court of British Columbia is scheduled to hear the case in Vancouver on Friday morning.